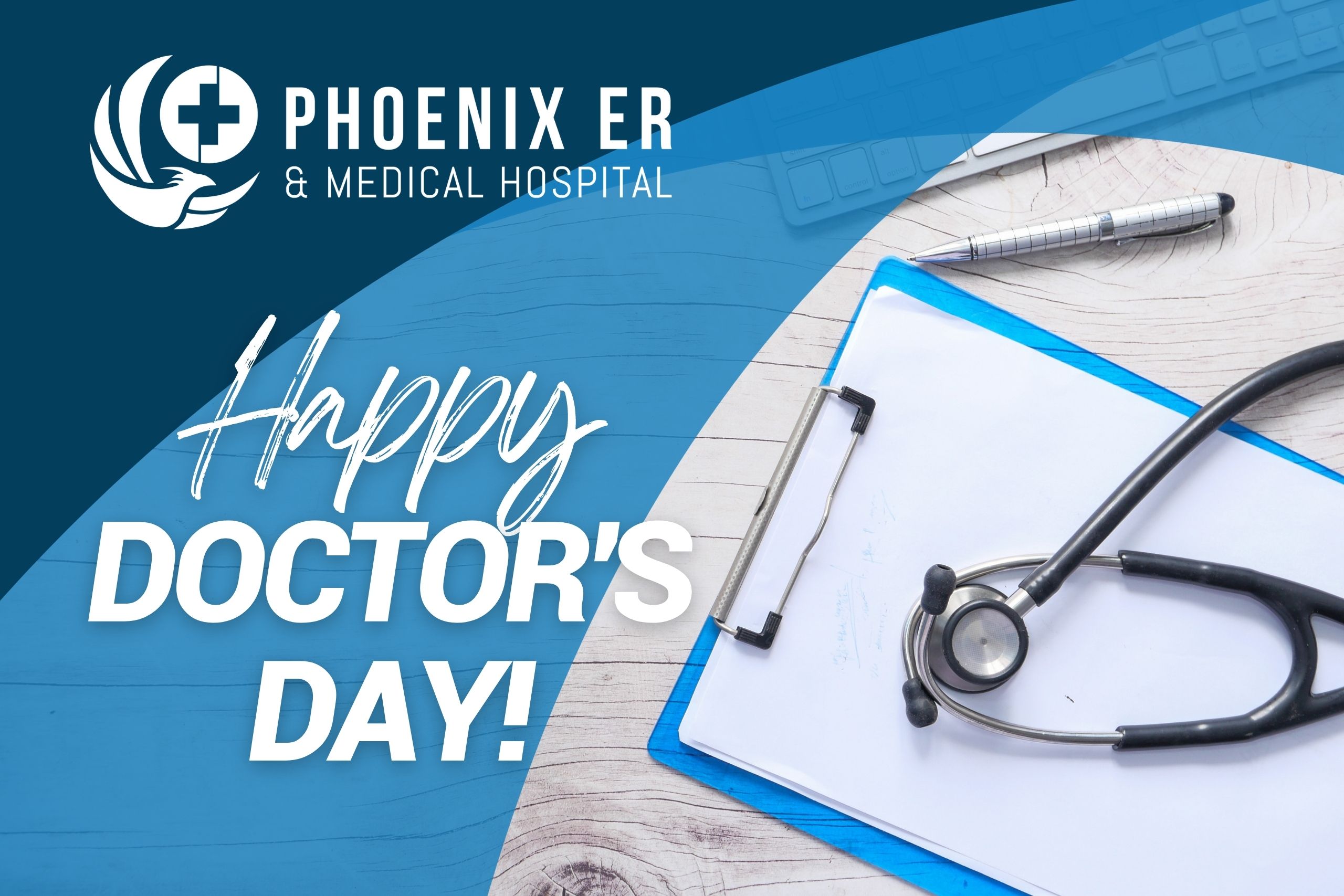 A Special Thank You to Our Doctors

March 30 is National Doctors’ Day, a time to recognize the heroic measures doctors take to keep their communities safe and healthy. We would like to personally thank the remarkable physicians at Phoenix ER & Medical Hospital!

Our incredible team of emergency physicians go above and beyond to put our patients first. We appreciate each of you and thank you from the bottom of our hearts for all the long hours you endure, the sacrifices you make, and the courageous work you do for our community. Phoenix ER & Medical Hospital would not be where it is today without our amazing team of doctors!

“Only a life lived for others is a life worthwhile.” – Albert Einstein.

Get to Know Our Extraordinary Doctors

Dr. Vo’s affinity for helping others inspired him to study medicine. He brings more than 20 years of expertise in the business of medicine to Nutex Health. He is board-certified in emergency medicine and has worked in busy hospitals and emergency centers throughout Texas. Additionally, he has been instrumental in the start-up and management of over 30 Micro-Hospitals and Emergency Centers throughout the US. He, and his wife, Kim, have four kids they’re raising in Houston. In his spare time, he likes to participate in physical fitness activities, practice martial arts, and spend time with his family.

Dr. Stites is a native of the Phoenix area who, after residency, chose to return to home and raise his family in Arizona. Dr. Stites graduated from Ponce School of Medicine in 2008 and completed residency at New York Hospital Queens in Flushing, New York. Following residency, he completed a fellowship in EMS and Disaster from the University of New Mexico in Albuquerque, New Mexico. Dr. Stites is Board Certified in Emergency Medicine and continues to work full time as an ER physician. He is one of only a few state certified EMS physicians and is currently the Medical Director for several EMS agencies across the state.

Dr. Nguyen has been practicing emergency medicine for over 20 years and is Board Certified in both Emergency and Hyperbaric Medicine by the American Board of Emergency Medicine. Dr. Nguyen received his Doctor of Medicine degree from Louisiana State University School of Medicine in New Orleans in 1992 and proceeded onto a general surgery residency for four years before changing into an emergency medicine residency and then a fellowship in hyperbaric medicine. He has worked at multiple facilities in the Phoenix Valley and metro area. He also served for over 20 years as a reservist in the 159th Mobile Army Surgical Hospital (MASH) of the Louisiana Army National Guard and the US Army Medical Corps and was honorably discharged with the rank of Major. Dr. Nguyen currently resides in the Phoenix, Arizona with his wife and 3 children.

Dr. Vidal was born and raised in Puerto Rico. He came to the mainland at the age of 18 after enlisting in the U.S. Army. He served for four years and received several commendations including the National Defense Service Medal. Following his honorable discharge from the military, Octavio worked as a technician at a family practice office and in an inpatient hospital unit. This is where he discovered his love for helping others and inspired him to become a doctor. Dr. Vidal graduated from Temple School of Medicine in 2001 and completed his Emergency Medicine residency at Newark Beth Israel Medical Center in Newark, New Jersey, in 2004. He is Board Certified in Emergency Medicine and has worked in hospitals in several states for over 16 years. He has a passion for providing outstanding emergency medical care to all his patients. Dr. Vidal and his wife Marlene have 3 children. In his spare time, he likes to go boating and spend time with his family.

Dr. Stockton graduated from the University of Arizona College of Medicine in 2007. He is board-certified and specializes in Emergency Medicine.

We tip our hat to these five accomplished doctors who help make Phoenix ER & Medical Hospital the highly regarded medical facility it is. In honor of #DoctorsDay, be sure to thank a doctor in your life who has made an impact on you!

You can find out more about which cookies we are using or switch them off in settings.

This website uses cookies so that we can provide you with the best user experience possible. Cookie information is stored in your browser and performs functions such as recognising you when you return to our website and helping our team to understand which sections of the website you find most interesting and useful.

Strictly Necessary Cookie should be enabled at all times so that we can save your preferences for cookie settings.

If you disable this cookie, we will not be able to save your preferences. This means that every time you visit this website you will need to enable or disable cookies again.